Improvised music from the trio of Tom Wheatley on double bass, James O’Sullivan on electric guitar. and Edward Lucas on trombone; and a cello solo from Ute Kanngiesser 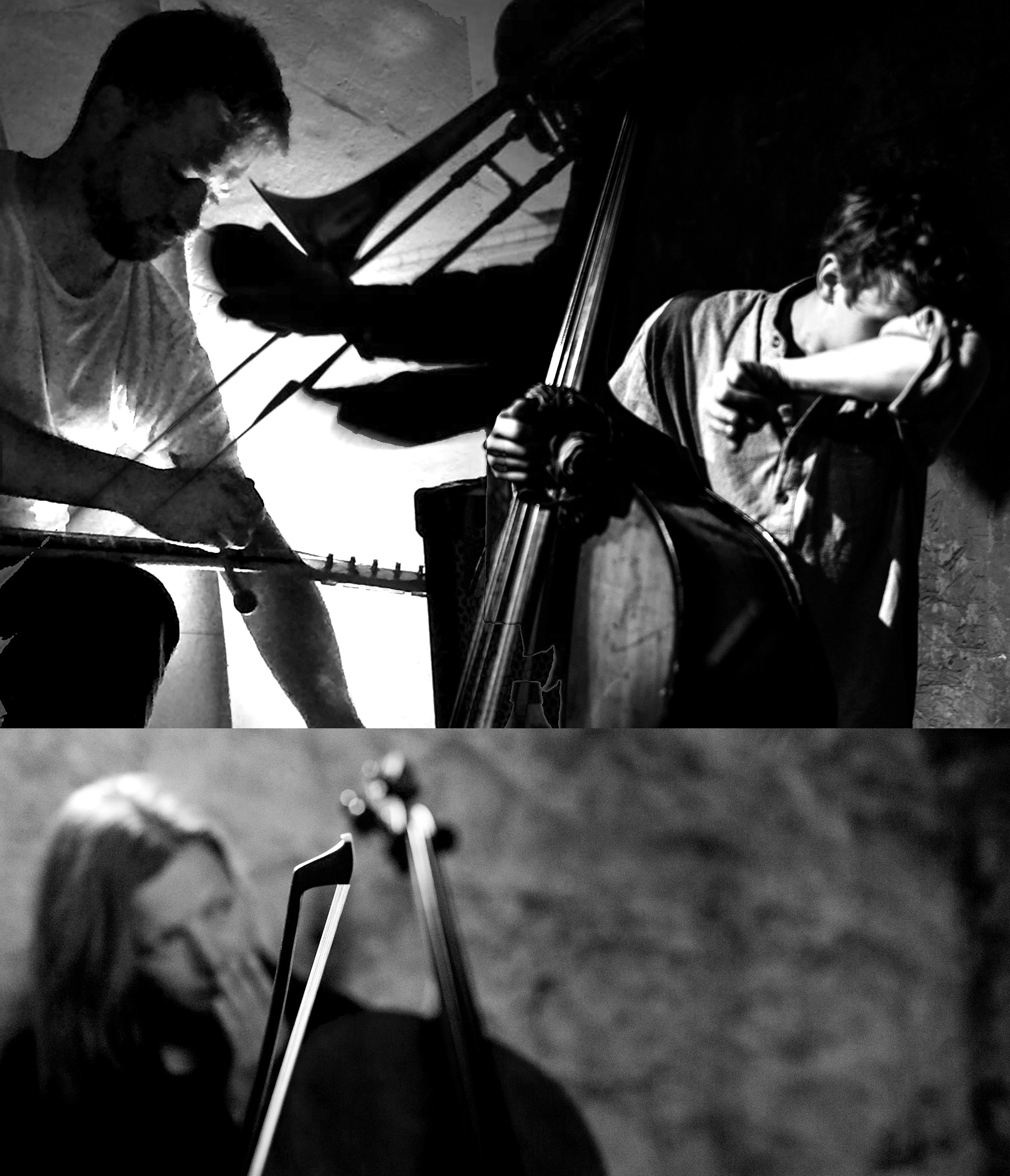 Using a combination of feedback, conventional guitar techniques, and instrumental preparations, London-based electric guitarist James O’ Sullivan exploits the full sonic potential of electric guitar, amplifier and the environment in which both are placed.
His interest in improvisation, recording and performance has led him to record  and perform internationally, both solo, and with numerous improvised music groups. More longstanding arrangements include Found Drowned, a power-trio with Pete Marsh and Paul May, and his collaboration with Thanos Chrysakis on several releases on the Aural Terrains exploratory music label. His debut solo album ‘feed back couple’, was released on the Forwind label in 2011.

Tom Wheatley is a double bass and electric bass player based in, and native to, London. He plays to open the bass – sonically and physically, musically and surgically – as to open suppressed musics. He is actively involved in new music communities of London and elsewhere, playing with Seymour Wright, Hebronix, Eddie Prévost, John Edwards, CYNTHIA, Mark Sanders, Yoni Silver, Billy Steiger, Denis D’or, Ute Kanngiesser and many others.

Edward Lucas is a trombonist from London. He predominantly plays new and improvised music with many players and groups from London and beyond. He has been involved in this trio with Tom Wheatley and James O’Sullivan for the last few years, soon after they met in the improvisational workshop sessions convened by Eddie Prévost. Together with analogue synthesist (and long standing musical partner) Daniel Kordik, he runs the Earshots Recordings label and concert series.

Ute Kanngiesser is a German cellist based in London.
“For over 10 years, I have only played unscripted/improvised music. I have experimented with the sound of the cello, limiting myself to the alive material at hand: vast and complicated layers within the instrument and myself; and to let this music evolve continuously in relationship with others. It relates to the process of uncovering an endless multiplicity of coexisting sense perspectives. And it deals with the energy that this gives rise to. For me, it is the most exciting place to play music from.”
Most recent and regular collaborations are with  Billy Steiger, Seymour Wright, Tom Wheatley, Paul Abbott, Ross Lambert, and Guillaume Viltard.