A Duet for the Hundred Years Gallery

100% of proceeds will go to the fund supporting this fantastic venue that has been so important in the life of Earshots. Please check out the recording and lend your support. 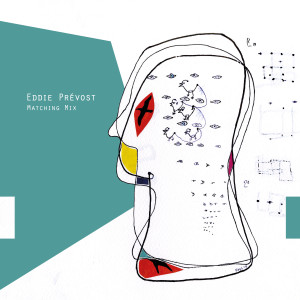 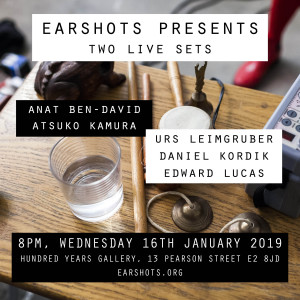 Anat Ben-David
Anat is an interdisciplinary musician and artist, interested in the ‘Human-Machine’ as the complex data of the moving body and mind. Through avant-garde methods, Anat researches the idea of Alienation whereby the artist is creating though ‘distancing’– letting the material and systems involved lead an artistic process generating unforeseen narratives. The work usually evolves around the lyrically performed text, voice, body movement, musical and sound compositions, taking the form of live performance with installation elements.
Anat’s latest work Kairos OpeRaArt was last staged at the Victoria and Albert Museum for Reveal Festival (July 2017) with Boudicca designers. The libretto was inspired by Sadie Plant’s cyber-feminist book Zeros and Ones, originally commissioned by Stanley Picker (2015-17) after her PhD Oscillation and Disturbance In the OpeRaArt, Kingston University, 2015. Anat has also worked on several albums as a member of Chicks On Speed art-collective (since 2003). She has presented her work at the V&A, Tate Britain, ICA and internationally at many museums and galleries.
https://www.somersethouse.org.uk/residents/anat-ben-david

Daniel Kordik / Edward Lucas
Kordik / Lucas are cofounders of the Earshots label and concert series. They have played since 2012 in a long standing synthesizer and trombone duo, as well as being part of numerous other projects in improvised and electronic music.
https://www.cafeoto.co.uk/artists/daniel-kordik/
https://lucas.earshots.org 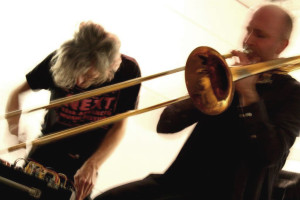 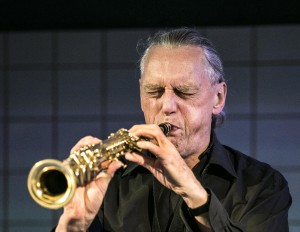 ‘If you go there you don’t come back’ by Anat Ben-David & Atsuko Kamura https://earshots.bandcamp.com/album/if-you-go-there-you-dont-come-back … —

‘Six by two and three by one’ by Edward Lucas & Daniel Thompson https://earshots.bandcamp.com/album/six-by-two-and-three-by-one … 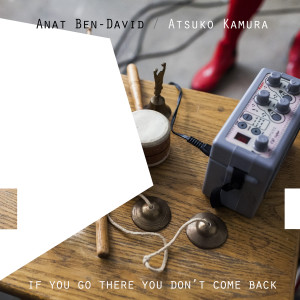 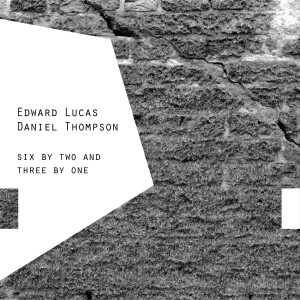 Guitarist Ross Lambert’s first solo release will be out on Earshots Recordings on Friday 27th July. CDs will soon be available for preorder from the Earshots Bandcamp page: https://earshots.bandcamp.com/album/magnit-iz-dat

These improvisations were recorded in one day in the Cafe Oto Project Space, and various South London locations in the back seat of an old estate car.

There will be a special launch at the Project Space on the 27th July with a solo from Ross and an electric guitar duet from Ross and Daniel Blumberg. 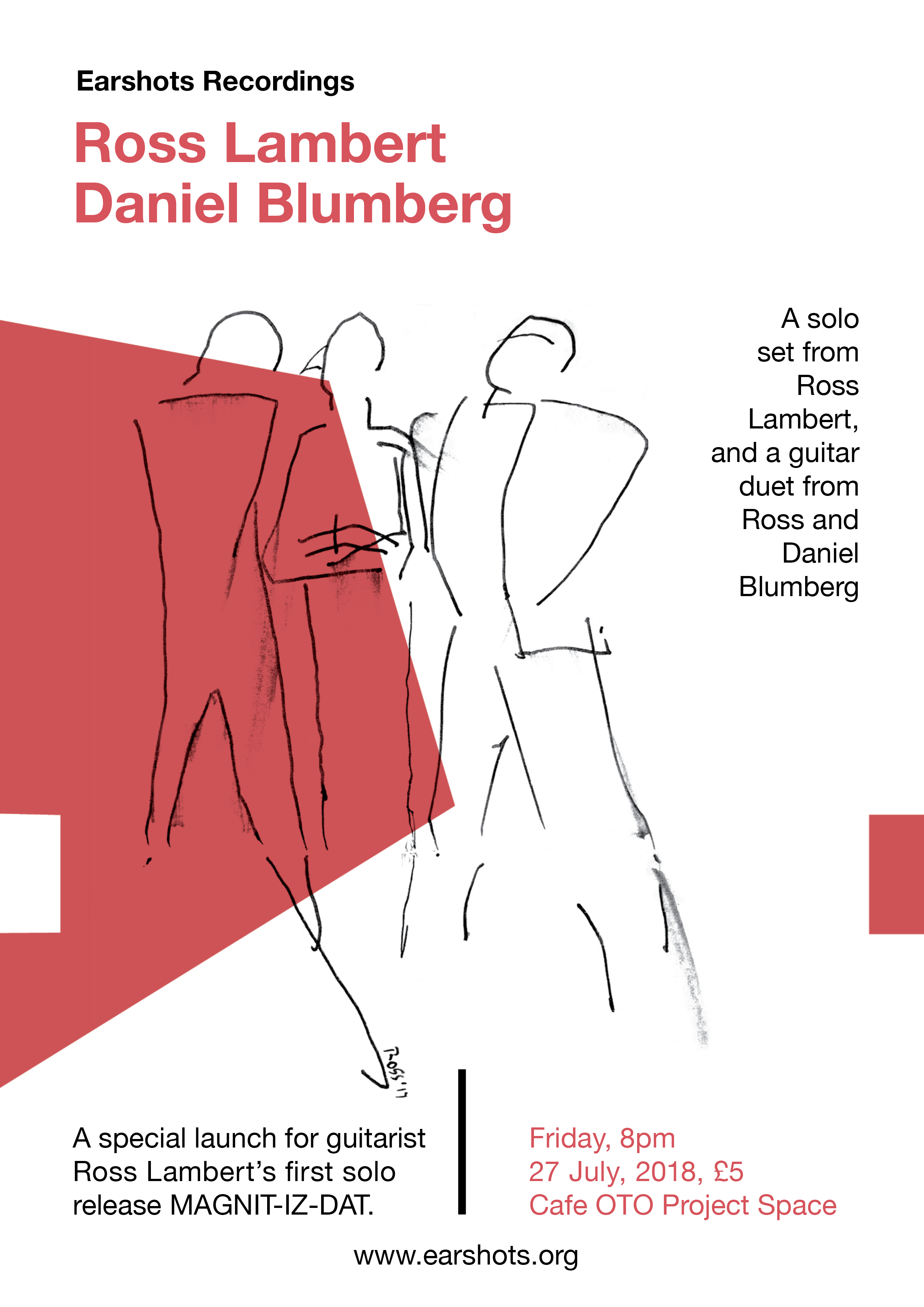 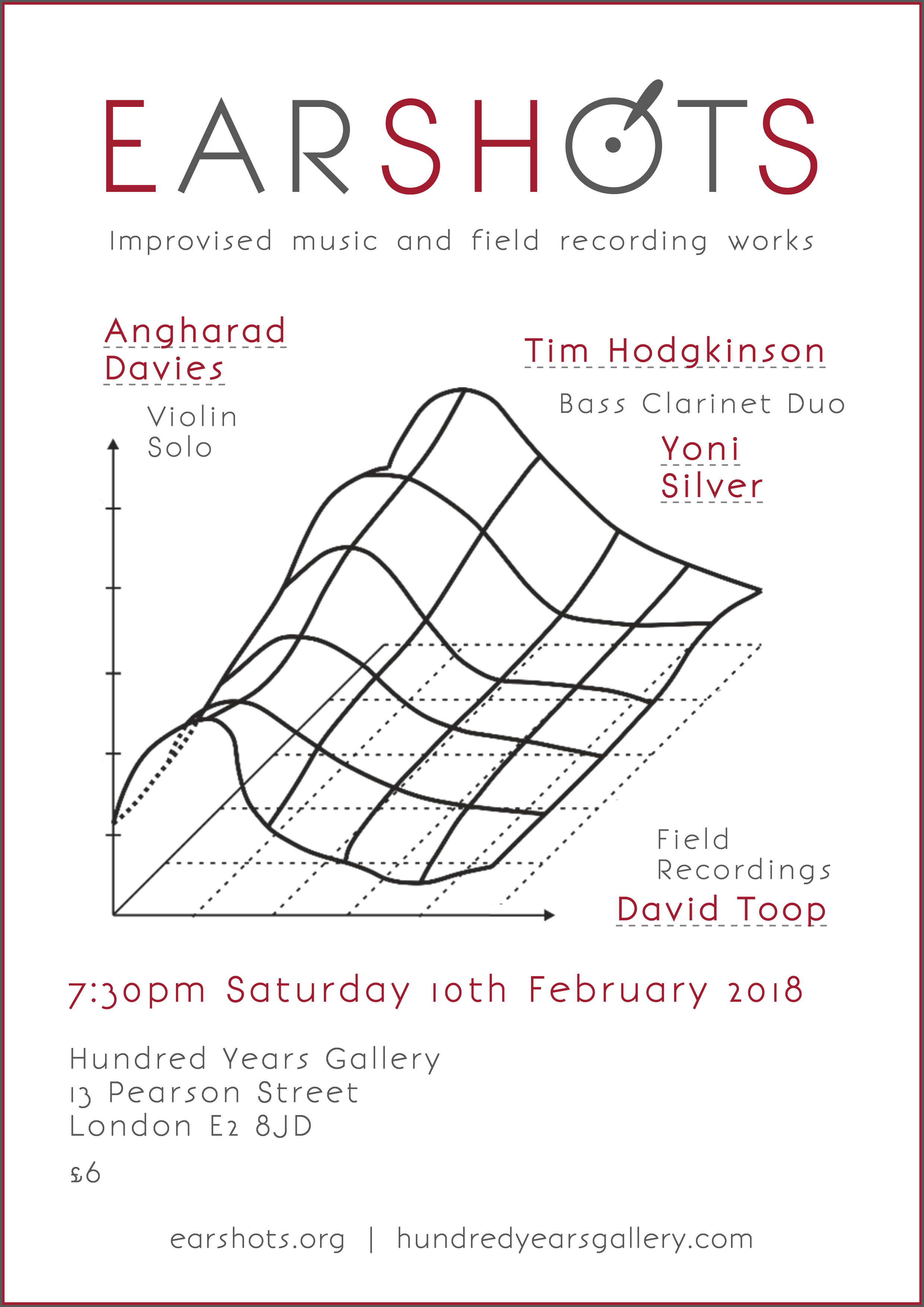 We return with the Earshots concert series on Saturday 10th February at the Hundred Years Gallery.

David Toop
David Toop (b. 1949) is a composer/musician, author and curator based in London, working in many fields of sound art and music since the late 1960s. He has recorded Yanomami shamanism in Amazonas, appeared on Top of the Pops with the Flying Lizards, exhibited sound installations in Tokyo, Beijing and London’s National Gallery, worked with artists ranging from John Zorn, Derek Bailey, Evan Parker, Bob Cobbing and Ivor Cutler to Akio Suzuki, Simon Finn, Camille Norment and Max Eastley. He has published seven books, translated into ten languages, including Rap Attack, Ocean of Sound, Haunted Weather, Sinister Resonance, Into the Maelstrom (shortlisted for the Penderyn Music Book Prize) and an autobiography, Flutter Echo, published in Japan in 2017. Since his first album, released on Brian Eno’s Obscure label in 1975, he has released twelve solo albums, including Screen Ceremonies, Black Chamber, Sound Body and Entities Inertias Faint Beings, and many collaborations with improvisers and artists including Alterations (Peter Cusack, Steve Beresford and Terry Day), Thurston Moore, Tania Chen and Ken Ikeda. His latest record is Dirty Songs Play Dirty Songs, released on Audika. Exhibitions he has curated include Sonic Boom at the Hayward Gallery, Playing John Cage at Arnolfini, Bristol, and Blow Up at Flat-Time House. His opera – Star-shaped Biscuit – was performed as an Aldeburgh Faster Than Sound project in 2012 and his collaborative work – Who will go mad with me – was performed with Alasdair Roberts, Sylvia Hallett and Luke Fowler at Huddersfield Contemporary Music Festival in 2013. Professor of Audio Culture and Improvisation at London College of Communication, he is also the co-creator of Sculpture events with artist Rie Nakajima.

Angharad Davies is a Welsh violinist working with free-improvisation, compositions and performance.

Her approach to sound involves attentive listening and exploring beyond the sonic confines of her instrument, her classical training and performance expectation.

Much of her work involves collaboration. She has long standing duos with Tisha Mukarji, Dominic Lash and Lina Lapelyte and plays with Apartment House, Cranc, Common Objects, Richard Dawson’s band and Skogen.  She has been involved in projects with Tarek Atui, Tony Conrad, Laura Cannell, Jack McNamara, Eliane Radigue, Juliet Stephenson and J.G.Thirlwell.

Her album Ffansïon | Fancies was voted in the top 12 albums for BBC Radio 3’s Late Junction.

Yoni Silver
Yoni Silver is a London based multi-instrumentalist active in various fields of experimental music, composition, performance and improvisation. He has played and collaborated with the likes of Ana Maria Avram, Sharon Gal, Sophie Angel, Sarah Gail Brand,áAngharad Davies, Maya Dunietz, Karen Constance,áUte Kanngiesser, Catherine Lamb and Birgit Ulher; has participated in festivals such as Atonal, CTM, Colour Out of Space and Tectonics; and has appeared on labels such as Aural Terrains, Chocolate Monk, Creative Sources, and Confront Recordings.
https://yonisilver.wordpress.com
https://soundcloud.com/yoni-silver

Tim Hodgkinson
http://www.timhodgkinson.co.uk
I am a composer and also an improviser specialising in clarinets and lap steel guitar. After studying anthropology, I taught myself music by being in bands. When I compose I write for sounds and then for instruments. I try to make something that is adequately eventful for our crazy time.

Hit Me | new release | OUT NOW

The new release on Earshots Recordings from Daniel Kordik and James L Malone Hit Me is out now!

This release launches our series of digital editions which will run alongside the physical releases on cassette and CD. 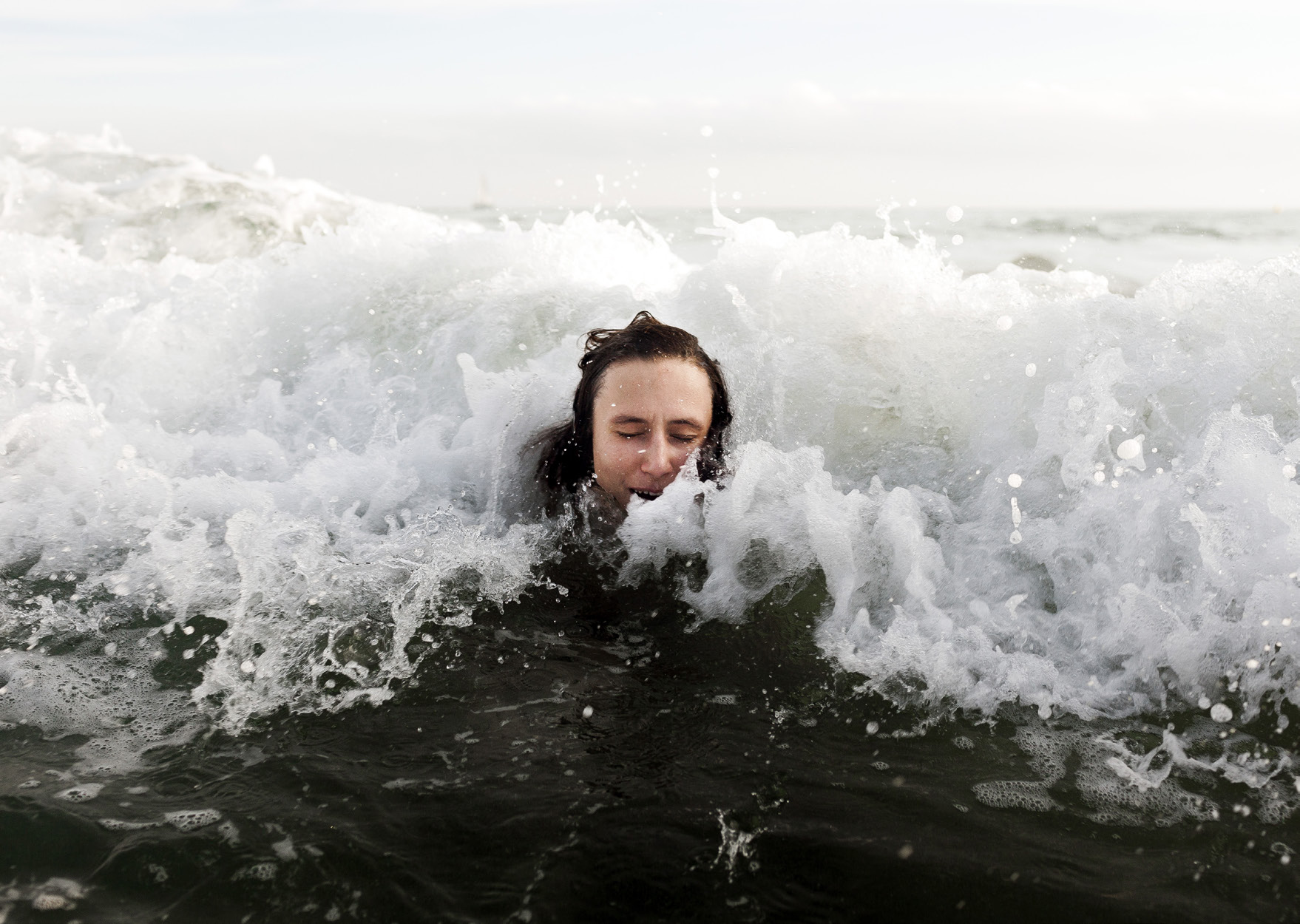 Kordik / Lucas will be playing at the second day of the Linear Obsessional festival, 21st May, Manor Park Lewisham. Lot’s of great music over the two days